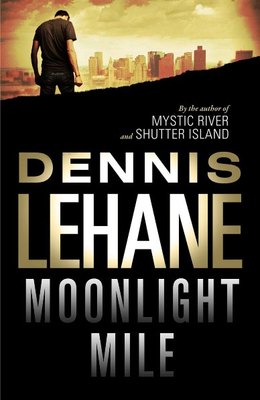 Sixteen-year-old Amanda McCready has disappeared. Her anxious aunt contacts Patrick Kenzie to investigate. It is not the first time she has gone missing, as Patrick well knows - he was the investigator who worked on her case when she was kidnapped before, as a four-year-old. But this is not a simple case of a runaway girl. In fact, nothing in Amanda's life has been simple: brought up by the world's worst mother, neglected throughout her childhood, she has nonetheless blossomed into a formidably intelligent young woman. A young woman so bright that she can seemingly out-think and out-manoeuvre anyone...For Patrick, the case leads him down Boston's darkest, most dangerous streets ? and into a world of shocking secrets that will threaten not only Amanda's life, but also his own and that of his partner Angie Gennaro.

Dennis Lehane was born and raised in Dorchester, Massachusetts. He has won and been shorlisted for several awards for his writing and three of his books have been made into films. He lives in the Boston area.